IBNS banknote of the year 2021

Twenty banknotes had been nominated by the IBNS members, the majority of them (10) being polymer banknotes.
The vote between first and second place was close until the very end when Mexico's 50-peso banknote pulled it out and won over São Tomé and Príncipe's 200-dobra banknote.
And the winner is... 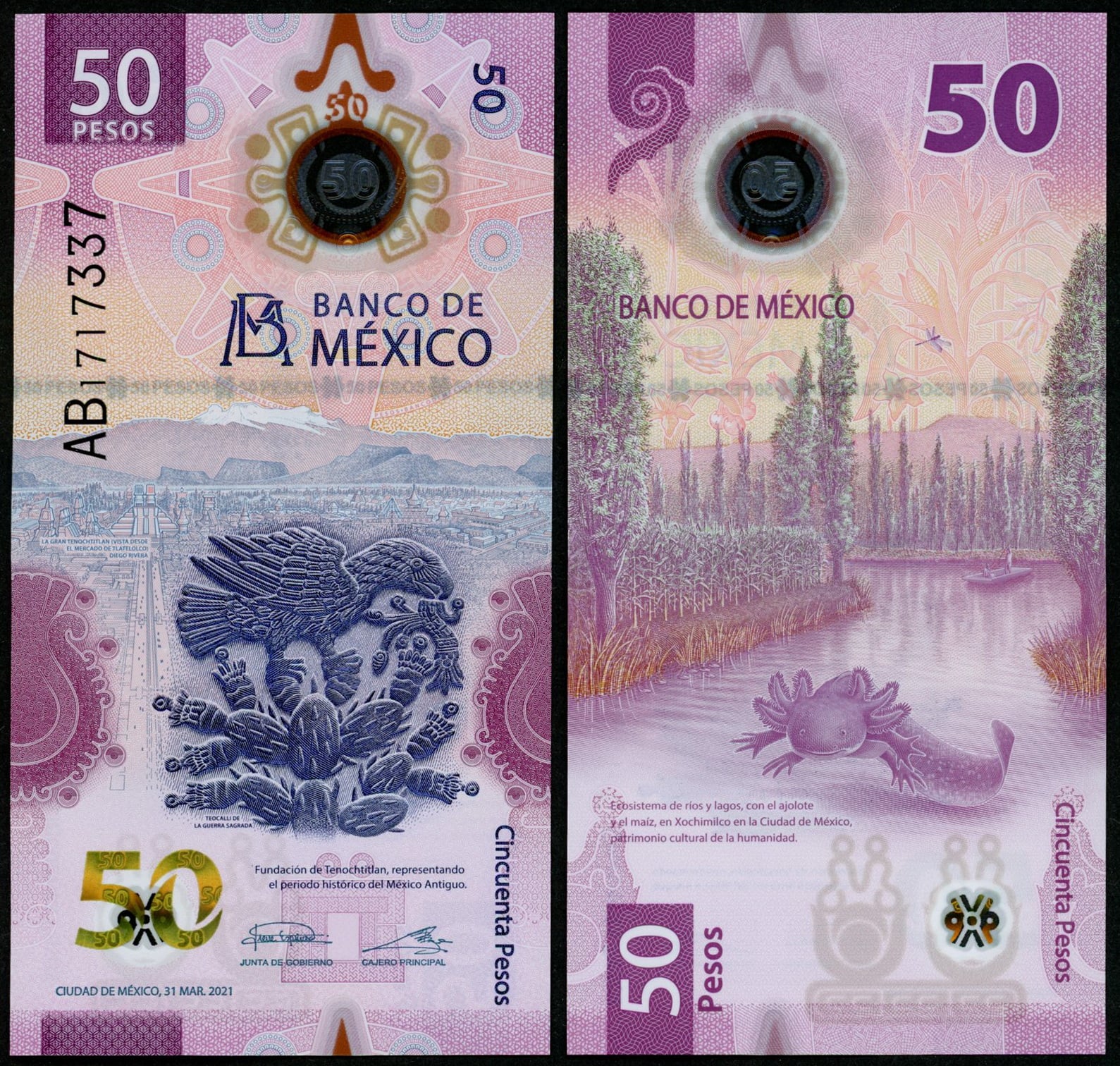 Issued on October 28, 2021, Mexico's 50-peso banknote portrays thematic motifs that allude to the historical period of Ancient Mexico, showing the founding of Tenochtitlan and the ecosystem of rivers and lakes with their representative fauna and flora, specifically portraying Xochimilco, a site recognized in the "World Heritage" list of the United Nations Organization for the Education, Science and Culture (UNESCO). A Mexican axolotl (Ambystoma mexicanum, a salamander that reaches adulthood without undergoing metamorphosis) is prominently illustrated on the reverse. It is worth noting that Mexico also won in 2020 with its beautifully designed 100-peso polymer banknote.
Second place goes to São Tomé and Príncipe for their beautifully redesigned paper 200-dobra banknote. Issued on August 26, 2021, the banknote features Rei Amador on the front and Chibi-ficha (Anabathmis hartlaubii), the Príncipe sunbird, on the reverse. 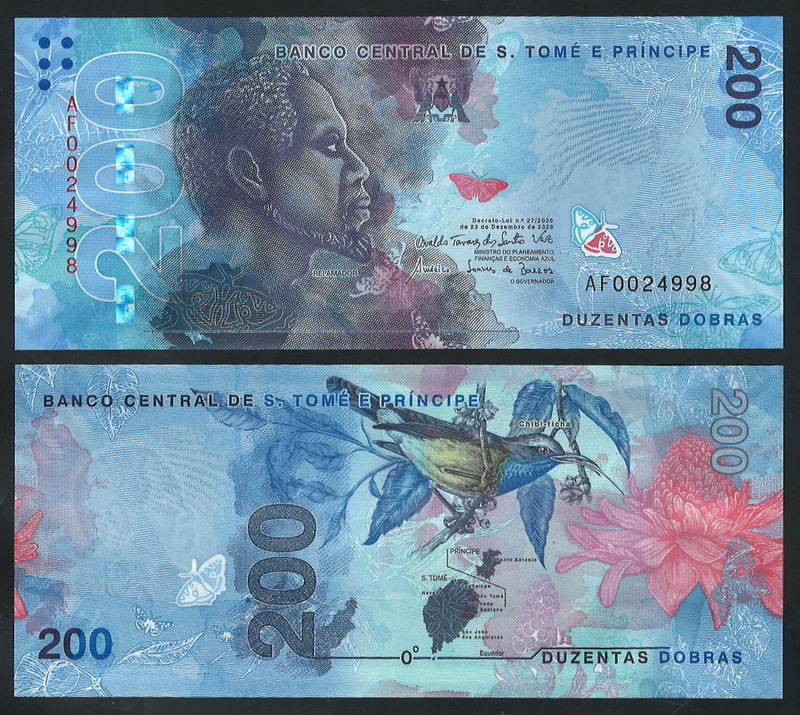 Two banknotes tied for third place, both polymer banknotes:
- Costa Rica's 10,000-cólones banknote, issued on October 15, 2021, features José Figueres Ferrer on the front and a three-toed sloth on the reverse. 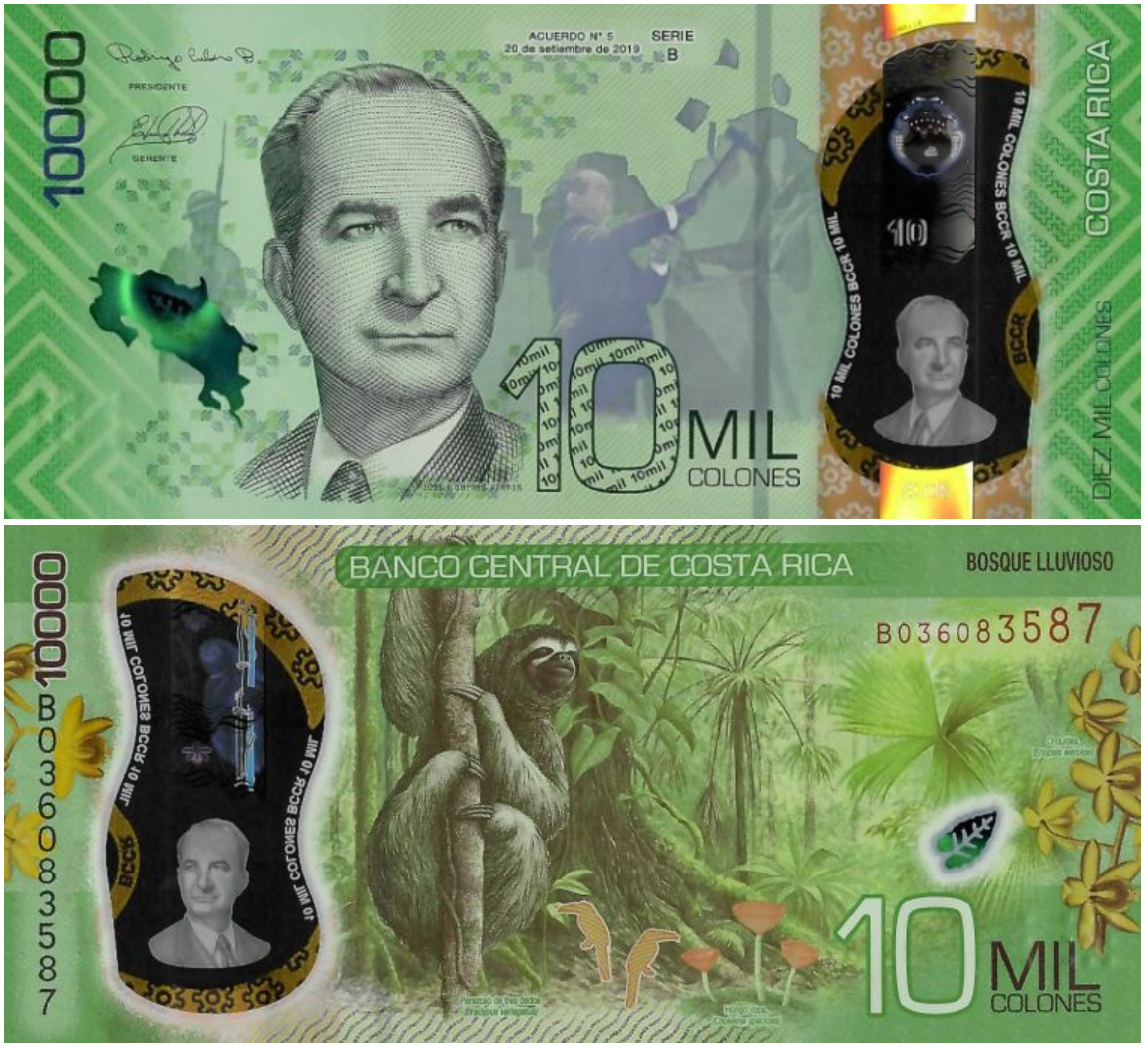 - The Bank of England's 50-pound banknote, issued on June 23, 2021, features Queen Elizabeth II on the front and Alan Turing on the reverse. 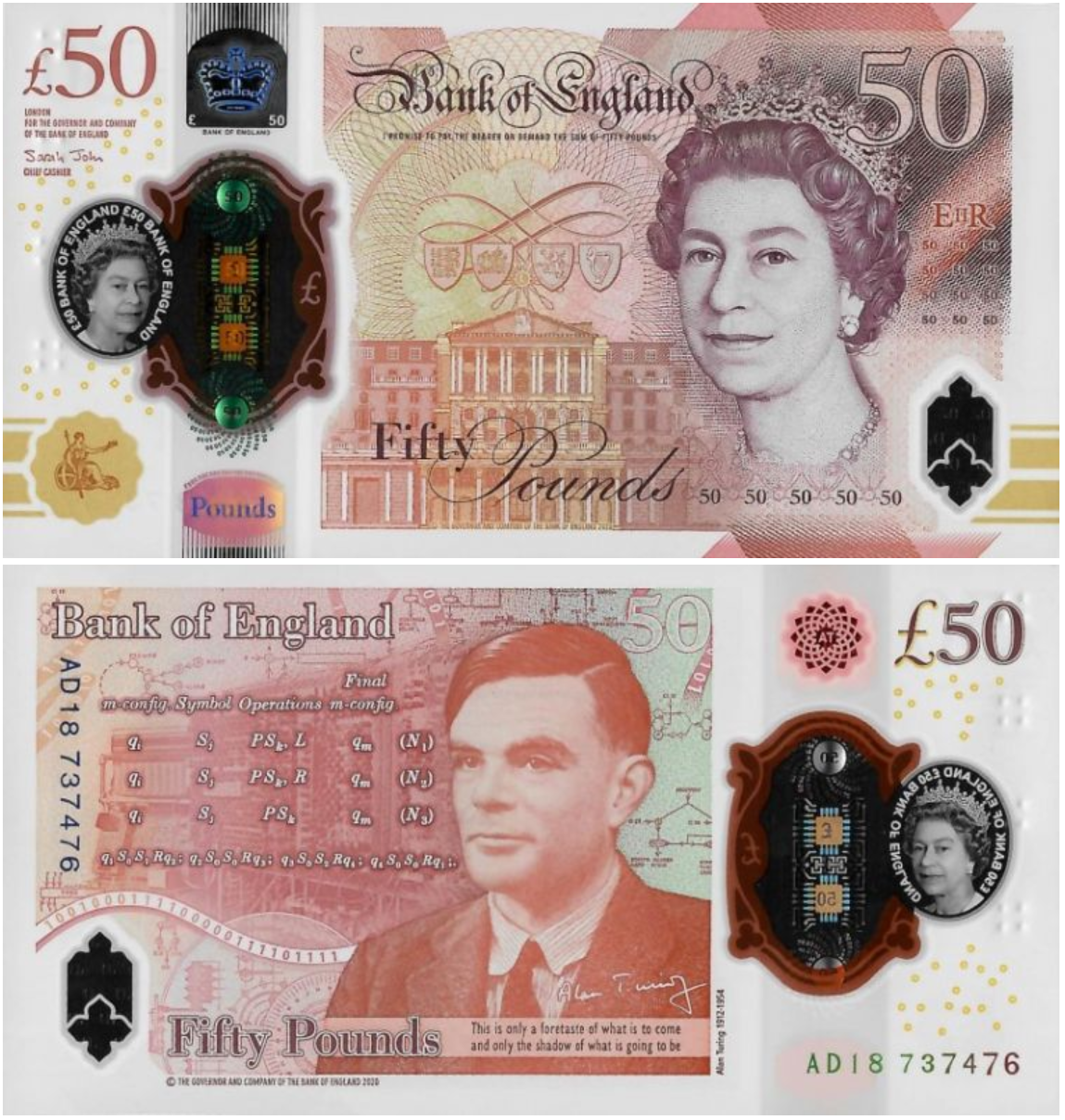 Placing in 5th, 6th, 7th and 8th places were all polymer banknotes: Romania's 20-lei note, the Royal Bank of Scotland's 50-pound note, China's 20-yüan Olympic note and the Cook Islands' 3-dollar note.
Seven of the top eight places were won by polymer notes!
Scroll down and read the announcement posts for all of these polymer banknotes.
Read the official announcement here:
https://www.theibns.org/
Written by Donald Ludwig.
Blog