The new £100 banknote honors Scottish Lesbian medical pioneer, Dr. Flora Murray (1869-1923). Born in Murraythwaite, Dumfries, Scotland, she was educated in both England and Germany, before going on to study to be a doctor at the London School of Medicine for Women. She completed her medical education at Durham University, receiving her MB BSc in 1903, and MD in 1905.

Her involvement in women's suffrage began when she became a participant and activist of Millicent Fawcett's National Union of Women's Suffrage Societies. She then continued her work in women's suffrage as a supporter of the Women's Social and Political Union. She took a leadership role and showed her value as an activist by speaking at public gatherings, becoming a member in the 1911 census protest, and using her medical knowledge and skill to treat her fellow suffragettes who experienced injuries during their work as activists. In 1912 she founded the Women's Hospital for Children in London with Dr. Louisa Garrett Anderson. 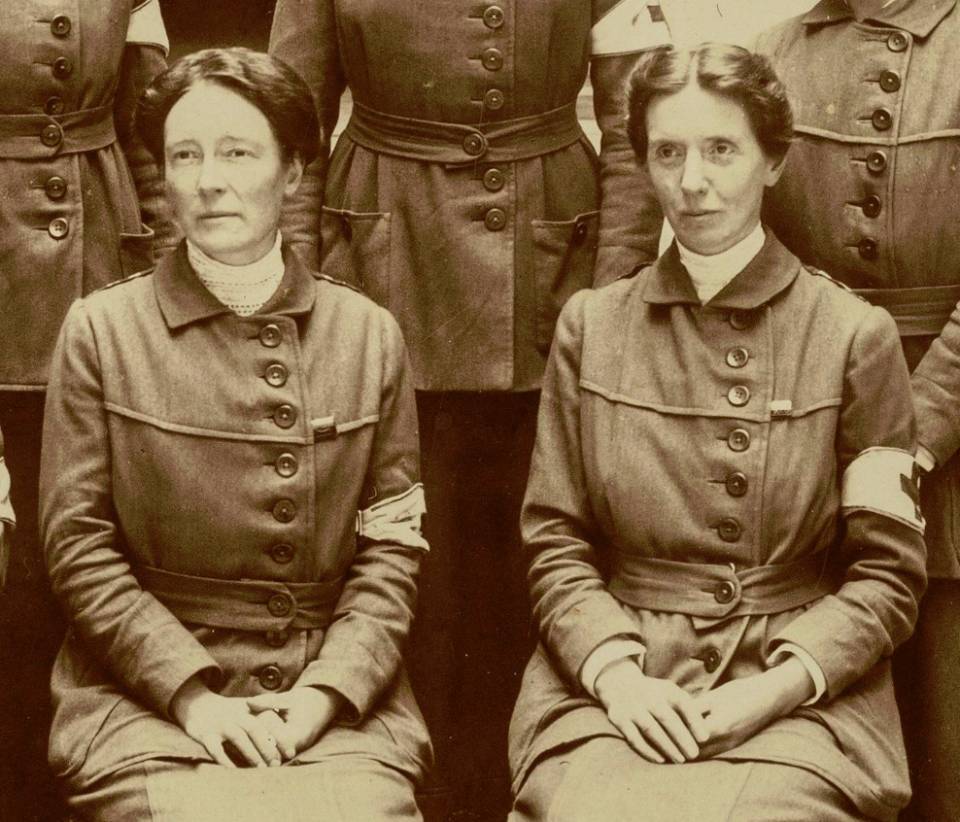 Her portrait on the new note, which will join other Scottish notes in having tactile features to aid the visually impaired, was painted by Francis Dodd in 1921 and is accompanied by an image of female stretcher bearers outside the Covent Garden hospital, which the bank said brought to life the significance Flora had on the medical world and the fight for women's rights. 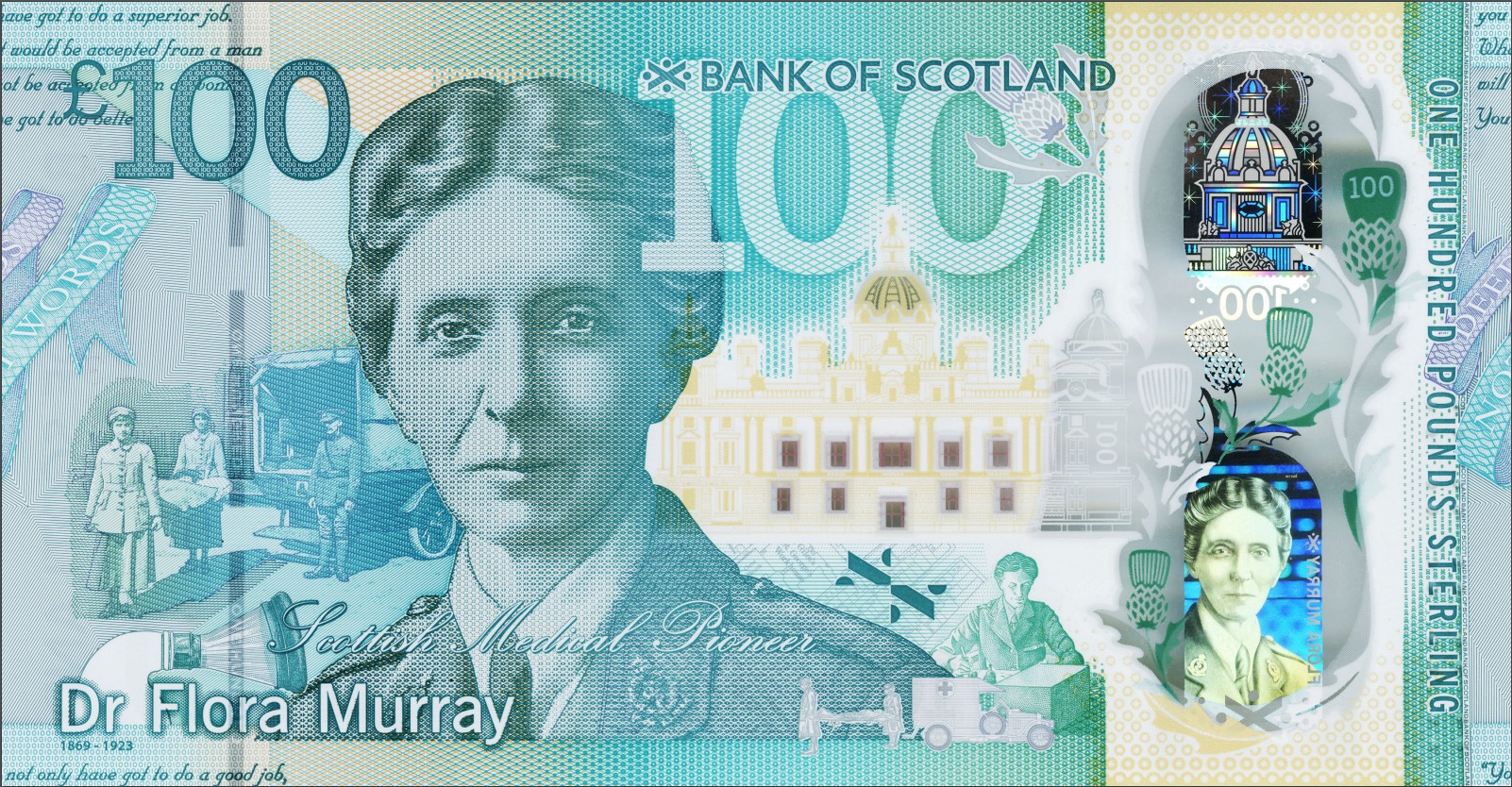 The obverse of the banknote shows Sir Walter Scott and the Museum on the Mound in Edinburgh, the format being similar to the £5, £10, £20 and £50 banknotes already in circulation. 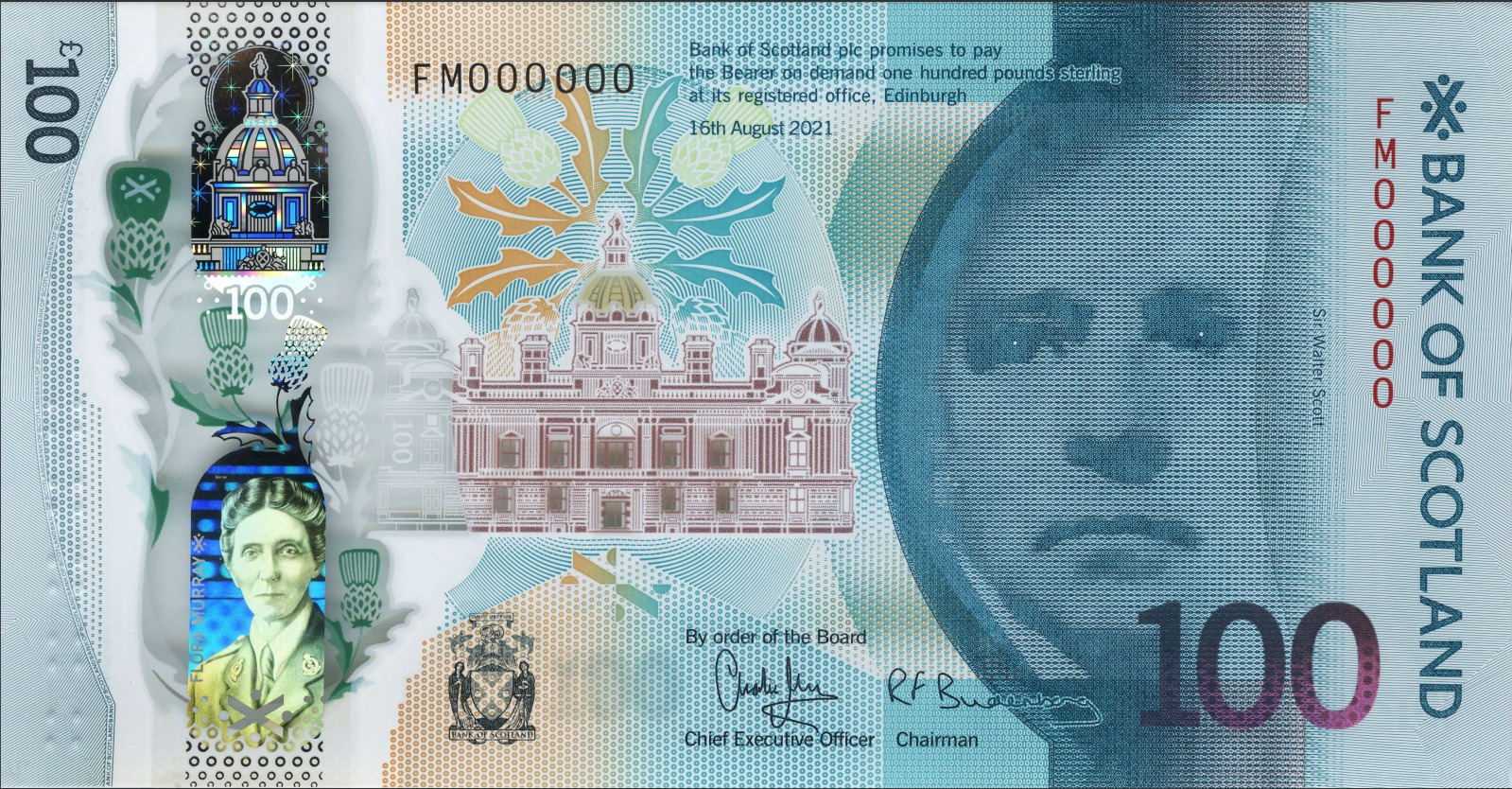 On May 5th, before the note enters circulation, Spink UK (on behalf of the Bank of Scotland) will auction off 92 banknotes with an FM prefix (Flora's initials), 92 AA-prefix banknotes and a few surprises. Money raised from the auction will go to the bank's charity partner, Mental Health UK, and the Royal Free Charity, London.
You can BUY the banknote here.
Press announcements:
https://www.facebook.com/videos
https://www.scotsman.com/
Written by Donald Ludwig.
Blog